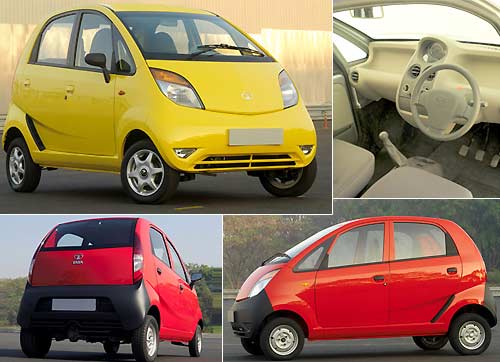 It’s got a windshield, steering wheel, tires…what more could you want?

“Well, how about profitability?”

“Sorry man, at a starting price of around $2,000 they had to leave that out, along with the power windows.”

“So…I guess they must use mainly volunteer labor to build them?”

“Then how’s this going to become the ‘blueprint’ for the car of the future?”

“Well, it starts at the grassroots level…beginning with your local church. You see, everyone’s got to pitch in. Get on board, so to speak, and do some serious praying…”

“Come on, cut the crap. I’m serious. I mean it’s exactly the kind of thing we should be doing here. So why aren’t we?”

“That’s the multi-billion dollar question. For all that money we dumped into the GM/Chrysler black hole a few years ago, we could have bought around seven million of these Tata Nanos instead.”

“Of course I am. After all, who would want seven million of these little fuel-efficient things running around, when you could pocket a worthless 17.4 billion dollar I.O.U. instead?”

“Yeah, you’re probably right. Spend too much time trying to be logical I guess. Maybe I’ll give up math and take up drinking. I think that’s the formula the Romans used…”

Yesterday afternoon when I was out walking with my girlfriend I let go of her arm briefly to grab my iPhone and take this photo. She got really mad, walked away and didn’t talk to me for the rest of the day. I still can’t figure out what her problem was…I mean, how often do you have a chance to take a picture of a dog driving a car?

(My first thought when I saw this photo…but I could be wrong.  ;-)

While hoisting her car onto his tow truck he couldn’t help noticing the sticker on the back bumper. He smiled and looked down at his scraped, bruised, habitually greasy hands. He thought for a moment, then lowered the car back to the ground, unhooked it, neatly penned a brief note to the owner, taped it to the driver’s side window, then got back into his truck and drove away. 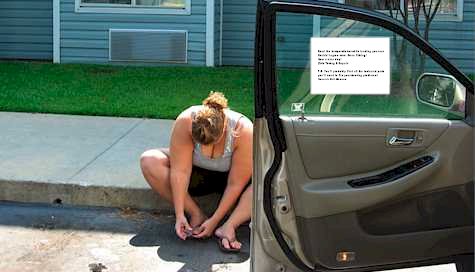 The note: “I just saw that bumper sticker on the back of your car and couldn’t agree more. Women are so much better at solving everyday problems than men. So, with that in mind, you’ll find all the tools and parts you will need to rebuild your transmission at the Magic Wand Auto Parts store in the WonderLand Mall (which is right next to the WavyHead Hair & Nails Salon). Best of luck, and have a nice day! Bart’s Towing & Auto Repair”

On his way back to the shop he stopped at a Goodwill store and bought a pink dress, some thongs, a pair of earrings, and a wig. He then drove to the shop, parked the tow truck, went into the office and tendered his resignation. When he got home he took a shower, changed into his new outfit, mixed a drink, sat down at his small kitchen table, opened the phone book, found the listing he was looking for, then dialed the number…

“WavyHead Hair & Nails Salon, how may I help you?”

The Power Of Words

What Dreams May Come

The Smell Of Light?

A Most Admirable Woman 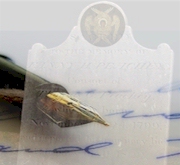 Time For A New Paradigm?

Two people sitting at either end of a canoe, each trying to paddle to where the other's just been. Not surprisingly they're going nowhere fast; neither forward nor past.